DESDE LA VIDA in the web in the US

A couple of days ago, Scott published my former article, in the following link:
http://www.rollingrains.com/2009/08/see-nelida-barbeito-on-desde-la-vida.html
Thank you Scott and everybody worldwide that comented on it. 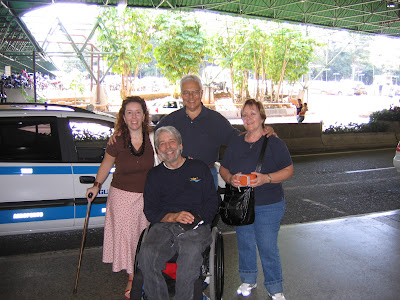 Sao Paulo Airport, april 2008, we had so much time together the four of us, at Reatech I'll cherish that.
Publicado por Nélida Barbeito en 21:27 2 comentarios:

Accessibility in a TV set in Argentina

DESDE LA VIDA - FROM LIFE, is the only TV show in Southamerica that is entirelly devoted to ACCESSIBILITY and INDEPENDENT LIVING, it runs once a week in channel 7 (Estate owned chanel) on Saturdays from 11am to noon. This is its third season on air and it is amazing the endless material they always have.


Sections such as Life Story, Anonimous Heroes, Denounce are so interesting that it makes you want to tape every program. 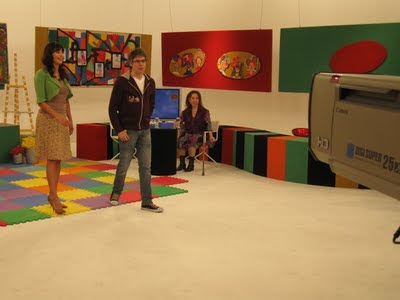 In the picture, Ana Paula and Fena opening the show, and I in the back watching the cameras in amazement

Ana Paula's original idea took two years to go on air, she is a psycopedagogyst with a master degree in dissability and family, ' Desde la Vida' was first showed in April 2007.

Ana Paula together with Fena host the show. Agustina, a teacher specialized in teaching children with special needs, is in charge of the corner of art, in which children with all abilities go and draw and paint pieces of art that once a year, always around December 3rd go on auction and the funds help some NGO in need. 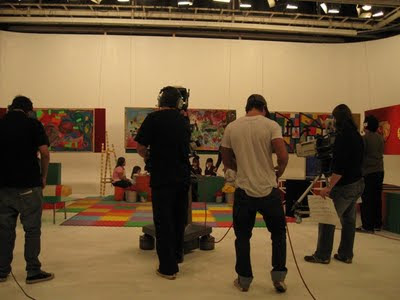 In the picture, what I could see behind the cameras, the ART CORNER, and the children working.


Coming down to accessibility matters I went this week to shoot an interview that is going to be shown on Aug 29 th at 9am, Argentinean time, and it can be seen over the internet at http://www.tvpublica.com.ar/ then click in the play button that says VIVO.

I love TV sets although I had been to not so many from what I remember and what they always say TV sets are not very accessible. But this was a whole different story.

Chanel 7 is at the door of “Barrio Parque” one of the top neighborhoods designed by Charles Thays more than one century ago. I entered by a side entrance wich is in front of the Canadian Embassy.

Sofia Belgeri one of the producers, came to the door with a golf cart, that was fun, we event to make up and then to the set. To my surprise, everything was at the same level; even the camerino had an accessible toilet. There is a reason for that set decorates are really big and they roll!!!

I was lucky enough to go the same day that Vicky Schocron from DISCAR (foundation) was together with the Argentinean director (Elsa y Fred) Marcos Carnevale, they were presenting “Anita, life can charge in a minute”. It is the story of a girl with Down Syndrome that lost her mother (oscar winer Norma Aleandro) the day that a bomb exploded at the AMIA (Israel Mutual Association of Argentina) in Buenos Aires fifhteen years ago. This film the first one in Argentina, to have a starring actor with Down Syndrome. 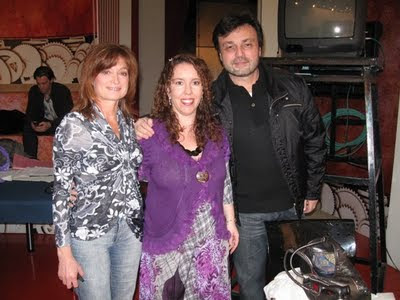 Checking at that the TV set and what I saw from the channel was accessible really made my day. Being again in a show that is now in its third season was great.

Now “desde la Vida” is traveling across the Nation to meet great examples of deportees, NGO’s among others. They shoot at every location ‘life story’ a part of the program in which a person tells how to live, work or be a sport person.

Another thing that I like about this program is the way they talk about dissability, always from a joyful point of view, and providing information, if you want to see more of them check their website at: http://www.desdelavida.com.ar/

If You want to see a trailer of Anita, follow this link: http://www.fundaciondiscar.org.ar/proximo_anita.htm

Be sure you get to see 'Anita, life can change in an instant' in your country!

Gauchos in the fog

Sunday Aug 2nd, 10 am, we opened the window and there was a thick fog around the hotel, we could not see beyond our noses, so we took Duran Av and we went srtaight to the river to take pictures of the old bridge, such as... these 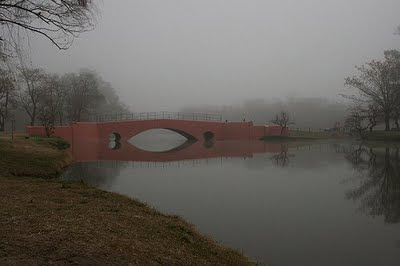 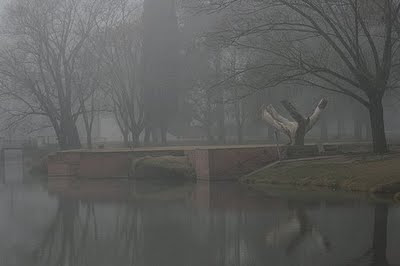 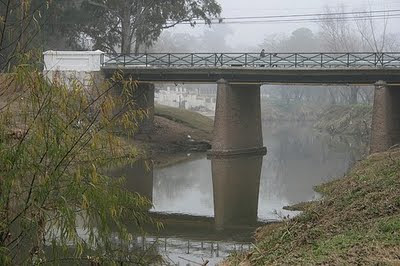 Then all of a sudden, the icon of the pampas apeared, there he was, the gaucho on his horse... 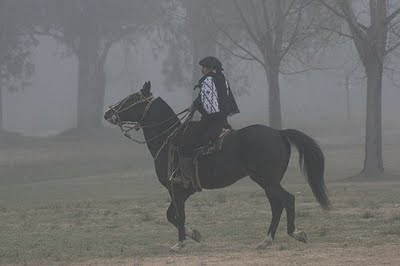 But only four minutes after, the horse of the XX century crossed the bridge, a modern gaucho on a classic black Harley Davison with a six pack in the backseat!!! It was amazing, I was laughing so much that I could not get a picture of him.

Only two hours later, after the breakfast, and after the fog was gone, the bridge and some other gaucho looked like this: 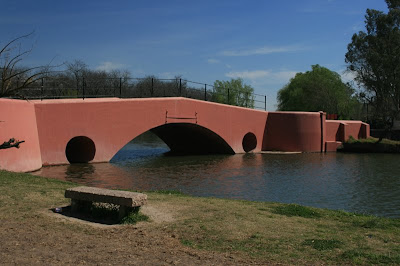 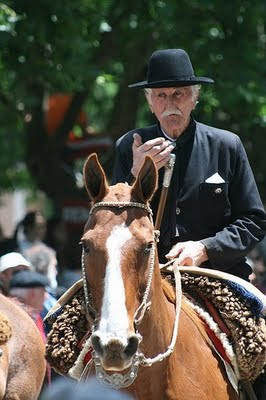 We kept on tasting San Antonio de Areco' great food, we wento to Almacen de Ramos Generales, where we had various meat portions such as asado and pork steak, french fries. In the end clasical argentinean desserts such as custard and bread pudin among others.
Last but not least we HAD to GO to the famous chocolate store, La olla de Cobre, where we had hot chocolate and asorted chocolate pieces specially fruit peels deeped in dark chocolate. Tangerine, lemon, orange, grape fruit, raisins, prune, you name it...


At dawn we were about to leave San Antonio de Areco after spending a great weekend, then we saw gauchos again... gauchos at down... made me want to come again!!!! 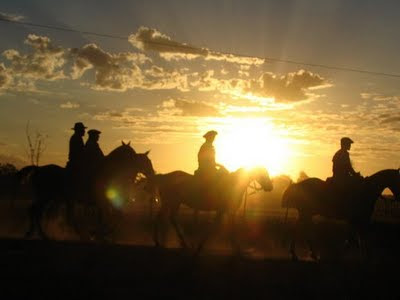